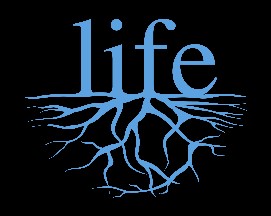 Do you want to find out how life could have originated on early Earth? With this SFB (focused study group with 16 projects), we bring together both young and experienced researchers to form a cross-disciplinary network for experimentally Origins of Life research in Munich. We will integrate the initial boundary conditions of early Earth from biophysics, geoscience, astronomy and chemistry for innovative lab experiments.

All projects within this research initiative are interdisciplinary and involve PhD students from the two core discipline represented by their PIs. We have three open PhD positions (4-years funded) for the geoscientific component of:

All evidence points to the fact that the first steps in the emergence of life occurred on rocks and minerals. The physicochemical implications of this have not been experimentally explored. The highly complex environment of a variety of fresh, partially glassy volcanic rocks and ashes, as well as their hydrothermally altered counterparts such as clays will lead to a rich interplay between activating surface chemistry, volume compartmentalization and thermally driven surface flows. On the other hand, it has been shown that thermal gradients across pores filled with water is capable to accumulate and replicate oligonucleotides by a combination of thermal convection, molecule thermophoresis and protein-based replication. Can these lab experiments be translated to real conditions in porous rocks or sediments?
Volcanic rocks will be resynthesized and used to build microfluidic chambers which are optically accessible. Under an applied heat flow, thermophoresis and convection will be used to replicate and accumulate DNA with the help of polymerase proteins.

Project 2: Profiling of meteoritic organic matter and the role of metalorganic compounds
This project is a collaboration between Donald B Dingwell (Geoscience, LMU Munich) and Philippe Schmitt-Kopplin (BioGeoChemistry, Helmholtz Center, Munich).

A high molecular diversity of extraterrestrial organic matter is found in meteorites. As celestial bodies like asteroids or meteoroids undergo high energy gradients within astrophysical environments chemical preservation of life-relevant organic molecules must be operative under a wide range of conditions. Recently thermostable organic compounds involving a novel chemical class of organo-magnesium compounds (CHOMg) were observed in meteorites.
In this project, CHOMg profiling will be expanded within terrestrial and extraterrestrial magnesium silicate-rich environments (top-down approach). In addition, we want to perform high energy experiments (high temperature and pressure scenarios) in the lab to study systematically the formation and stability of these CHOMg molecules (bottom-up approach). With this combination we will better understand the role and influence of organomagnesium chemistry and the stability of such complexes in organic chemical evolution.

During the last decade, the roles of volcanic ashes, and porous pyroclasts or volcanic minerals as compartment provider and/or catalysts in the formation of organic building blocks for life were controversially discussed. This project aims at quantifying the role of geomaterials in some settings and scenarios considered to contribute to the origin of life, e.g. by creating and accumulating organic compounds, in particular the discharge-induced interaction of ash and atmosphere, and the input and interaction of such ash in hydrothermal settings.
A main goal of the project is to reveal the formation of biomolecules and their precursors during volcanic eruptions involving electric discharges and controlled atmospheres. Thereby, the role of geological or in situ formed volcanic ashes and several gases of volcanic origin will be determined by the multi-disciplinary approach. The potential catalytic function of geological and in situ formed volcanic ashes will also be elucidated under prebiotic hydrothermal scenarios.

For an overview over the entire SFB/TRR Emergence of life, please check our preliminary website www.emergence-of-life.de.
We seek 3 outstanding and highly motivated candidates, eager to work in a highly interdisciplinary research group. Experience in experimental laboratory work as well as in optical, petrological and geochemical analysis (e.g. SEM, EMPA, xCT, XRF, XRD, Raman) will be beneficial for all projects. Candidates should have a MSc in a relevant area (petrology, volcanology, geophysics, Earth sciences).
All 3 PhD students will be hosted at the Department of Earth and Environmental Sciences at LMU. Within the SFB/TRR excellent interdisciplinary training, and networking activities are provided.
Please apply with a CV, transcript of academic record, publications, motivation letter and 2 references to b.scheu@lmu.de and dingwell@lmu.de. Please indicate the project you apply to clearly If you apply for more than one project clearly indicate your first and second priority.
For questions concerning the entire project, please inquire with dieter.braun@lmu.de.
Evaluation of the applications will start 07.08.2018, until the positions are filled. The projects can start immediately and are funded for 4-years.