Magma mixing as a volcanic chronometer 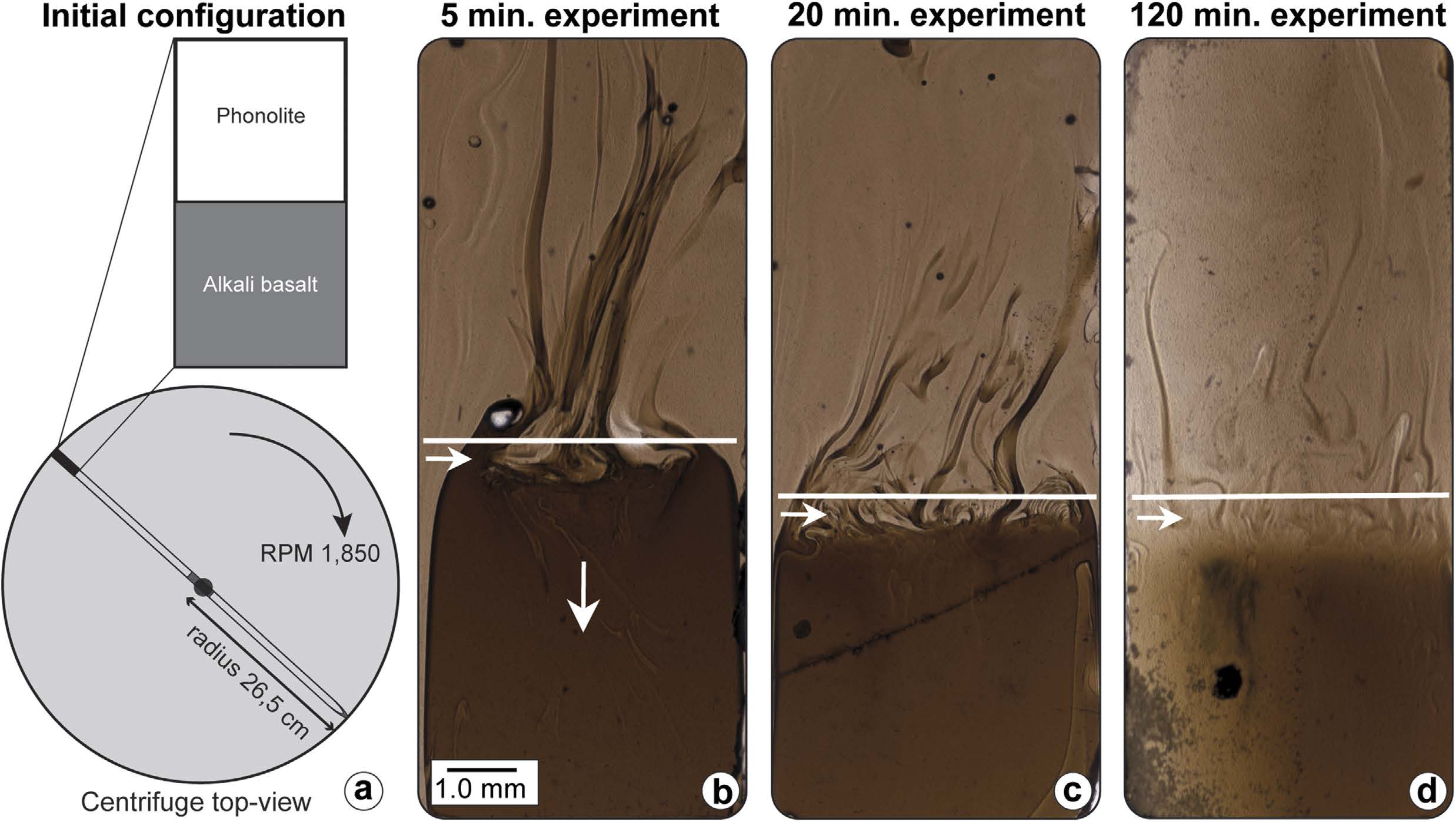 This week a significant step in the interpretation of the triggering of volcanic eruptions has been taken. Writing in Nature Scientific Communications, Prof. Donald Dingwell, together with colleagues from the Universities of Perugia, Italy and Sao Paulo, Brazil details the method of „concentration variance decay (CVD)“ in magma mixing as a prelude to eruption.

Subvolcanic magmas commonly mix. The paths of individual batches of magma, sometimes chemically related, sometimes not, often cross the underground. When they do, two magmatic states collide which are not in mutual equilibrium and which have quite distinct chemistries. One of the most common consequences is foaming due to oversaturation of the mix, which exacerbates the buoyancy forces leading to magma ascent and eruption.

But on what timescale does this mixing occur? We know that a common product of eruptions is partially mixed magmas – systems where the process did not have sufficient time between mixing onset and eruption to be completely homogenised. Answering the question of timescale is hindered by the fact that we do not know the detailed flow history of the system and that the process is chaotic in nature.

Now however, a technique based on multiscale multielement chemical analysis, together with the observation of how mingled sample heterogeneity decays to homogeneity with time (CVD) holds out the promise of forensically determining the time it took for mixing to cause an eruption. When performed on enough systems patterns should begin to emerge on typical timescales for these events, and monitoring systems can begin to scour the records with renewed focus and vigour to develop the tools for early in-situ recognition of these warning signals. For the cases of the volcanic eruptions from Europe´s most hazardous volcanic field – the Campi Flegrei system – the first results indicate tens of minutes of mixing before eruption, implying ascent rates of 5-10 meters/sec. With anticipation of the proper timescales realistic mitigation plans can be developed.